Support decisions from your firm: an objective on which there are disagreements is better than no objective at all. 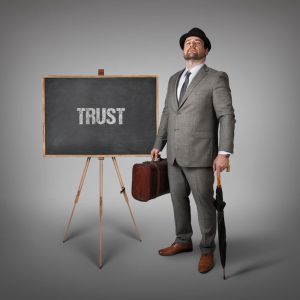 We have all seen it. Whether we participated or not in the discussion, upper management takes a decision we don´t agree with it and that we know will be unpopular within our own managed team. We fought well but in the end, the decision was not the one we recommended.

Disappointed, worried about losing the bond with the team, no one can dismiss the temptation, especially young managers, to distance themselves from such decisions.

This is a very dangerous road that one should avoid travelling on. One of them being that manager might not have all the information to judge, but that is only part of the reason.

You may think implementing an unpopular decision weakens your influence on the team members as they will not see you as the ally you wanted to be. And sometimes the friend you wanted to be. Nothing good will come from that.

One of the TV series that I am never tired of watching is „Band of Brothers“. In the episode „Breaking point“, the soldiers are awaiting orders in a place called „Bois Jacques“ in the bulge. German soldiers are well equipped and bombard the American lines with artillery barrages that take a human and psychological toll on the men. There are casualties and wounded men every day. It’s a harsh winter, food is cold, and the situation seems stuck.

To make matters worse, they are under the command of a very poor superior officer appointed by the higher-ups in the military staff: lieutenant Dyke. Morale is low, and some of the men fight their stress and dissatisfaction by mocking their commanding officer. At that point, one of the platoon leaders, Lipton, overhears the imitation done by George Luz . He tells him that although the imitation is immensely funny, he asks him to stop doing it as “it does no good to anyone”.

In short, it is worse to have no leader to travel with than a leader who takes you on a dangerous road. Immobility is a much greater demotivation factor than a non-unanimous goal. Immobility, feeling of abandonment, creates restlessness, loss of confidence, loss of purpose.

And what good will come to your team from standing out as „rebels without a cause“? Will they grow in the organization because they refuse to do something considered unwise? Will they make management change their decision? No, they are making the situation worse for themselves, and the manager is not leading them to a better reasoning.

And what will they think of a manager that is neither capable of being convincing when discussing with the higher-ups nor capable of action within his own team.

Now most certainly, nothing is more ridiculous than blind propaganda when beginning to travel on a path that seems so unappealing to the people you work with, that is a question of communication. But keep the lines moving.

Agree, disagree, get in touch!